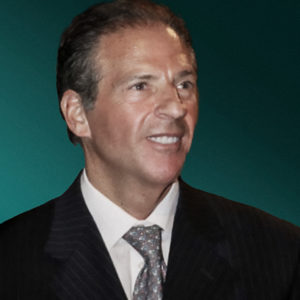 Glenn Myles is a leader in the financial community and has built a 35-year track record in which he executed nearly $35 billion of transactions as an investor, principal, and advisor. He has engaged in significant transactions in the real estate, energy, and media sectors with a variety of operating companies.

His affiliates, partners, and clients have included some of the most influential operating companies and investors globally.

In addition to being CEO of First Wall St, Glenn is Senior Advisor to the CEO of CV Starr, a $50 billion insurance/ investment company. He is a Co-General partner of, Gamma Real Estate Funds with the Kalikow Family and a Co-General Partner of Ethos Venture Capital Funds. Glenn works with some of the biggest names in finance and politics, during his career he has worked with groups and people such as Jay Pritzker and the Pritzker Group, Davis's Family, EDF Mann, and Cargill to mention just a few.

Earlier in his career, Mr. Myles oversaw capital holdings and investments of Marvin Davis, by leading activities at Davis Real Estate (Pebble Beach, Beverly Hills Hotel, Fox Plaza), Davis Petroleum (at one time the 4th largest oil and drilling operator in America), and Davis Entertainment (producer of over 50 films and television shows such as; I, Robot, Dr. Doolittle, Dr. Doolittle.2.)

Mr. Myles has a strong commitment to philanthropic activities, for the last five years has acted as co-host of Michael Milkin's Cancer Foundation's, annual Hamptons gala fundraiser. He served as a board member for The Prostate Cancer Foundation, The Grameen Foundation, Planet Finance, Project Hope, Walt Frazier Youth Foundation, and the March of Dimes. Mr. Myles was a member of the Young Presidents Organization and was a director of the Fairchild Corporation.