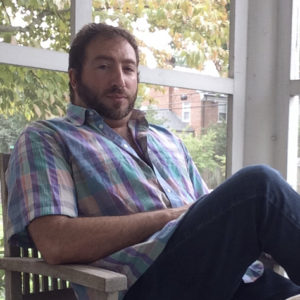 Mr. Myles has spent over 27 years in the Media, Entertainment, Finance, Hospitality, and Retail, Industries. When asked about his Visionary Successes and Myles-Stones, of his youth; one of the Youngest Print Magazine Editors in History and an accomplished Extreme Sports Poly-Athlete, he says all pale in comparison with his charitable efforts and endeavors throughout his life. Starting with humble beginnings, Trick or Treating for Unicef and Swimming, 100 lap, Swim-a-Thons at Stony Brook  University Sandpipers form seven to ten years old and from then has raised over $10 Million USD for multiple charitable organizations including Michael Milken's Prostate Cancer Foundation.

Living in that rarefied air of charitable endeavors Mr. Myles was primarily elated at the tremendous 2013 success of that year’s Hampton’s Prostate Cancer Foundation Gala (PCF.org); honoring his Father, Glenn Myles, Founder, Chairman and Chief Executive Officer of FWS and PCF board member.

The 2013 event raised over $8 Million USD for (PCF.org) in their first partnership with FWS. This altruistic endeavor was with the aide of the talented and committed staff and team members at PCF.org and has continued the FWS efforts along with his father in subsequent years. What made the 2013 event so special was not just the love shared, but that it showcased the complete range and abilities of the fundamentals and proven principles of the skill set of the FWS team members individually and as a corporation. Applying FWS's combined knowledge of over 200 years of for-profit merchant-banking skills to use in a financial model for philanthropic giving. The Grease-themed spectacle designed by lifestyle-guru Colin Cowie featured a sock-hop, entertainment for the evening was headlined by 2014 Rock N’ Roll Hall of Fame inductees Hall & Oates, and the over 1000 guests represented the top tenth of a percent of the world’s wealth, all in the same room, for one magical evening.

Guests dined on cuisine by Chef David Burke and a specialized menu of choices both designed to aide in the prevention of cancers and rejuvenating edibles for those recovering or fighting disease. The silent and live auctions ranged from mega-yacht vacations to autographed Hall of Fame footballs and David Yurman jewels. The “genuine air of true philanthropic spirit and giving” – Stuart Rahr; led him to be inspired to write a stand-alone check for $2.5million USD to PCF.

All these efforts were just the beginning of PCF and FWS’s special relationship and all were completed in an unprecedented six weeks. Following events included private performances by Carole King at the Plaza Hotel and Kenny Loggins at the Parrish Art Museum. The reason why PCF is unique as a charitable organization is because donations aid in the efforts of the Young Investigators Program. The tempo of various scientific research is able to be sped up by a 2-to-1 match of funds and under the who’s who of innovative thinkers; working directly the world over under the tutelage and mentoring of Dr. Jonathan W. Simons. The globe's major universities then donate all overhead expenses from keeping the lights on to all necessary research equipment.

The Myles Family continues their philanthropic adventures today and supports, The Movember Initiative with PCF, ST. Jude, NFL Play 60, The Walt Frazier Youth Foundation, Go Red For Women, the ASPCA, Have A Heart, Amaryllis Farm Equine Rescue, Urban Arts Partnership, Rush Philanthropic Arts Foundation, Wounded Warrior Project, and works with Macy’s and their multitude of charitable giving initiatives. FWS has been a longtime supporter of the American Cancer Society, The Boy Scouts of America, Project Hope, the March of Dimes, UNICEF, Charitybuzz, Marvin Davis’s The Carousel of Hope. Marvin Davis was one of Mr. Myles First Mentors in both for-profit and non-profit humble beginnings.

Mr. Myles has served for the past 13 years as FWS’s Chief Marketing Officer (C.M.O.) and has spearheaded key projects related to fundraising and resulting in the raising of $55 Million in strategic capital while focusing heavily on FWS’s Merchant Banking activities. Mr. Myles primarily strategizes with clients in clients needing, Entertainment, Media, Commercial Real Estate, Retail, and Residential Funding, and all Marketing efforts and support that come with those endeavors. Myles Real Estate focuses heavily on new residential projects on the East End of Long Island and focuses on the acquisition and construction of boutique homes and hotels.

Liaising with both American Express and Visa Mr. Myles had Record-Breaking Sales and Applicants in multiple years focusing on providing youth and minorities their first chance to build credit for the goal of acquisition of cars, homes and paying for food and education, by simply being educated as fist time card holders gaining access as various retail and P.O.S. locations nationwide.

Mr. Myles has lived in a combination of over 50 states and countries. As one of the Editors of Bob Guccione’s, Gear Magazine, (circulation 200,000) and has written for multiple prints and glossy publications, newspaper and online journals, his travels and Interviews, Q&A’s, and Profiles of Professional Athletes, such as Reggie White, Ray Lewis, and Shaquille O’Neil and the likes of Slash from Gun’s N Roses, actors, such as Michael Madsen, and Champion Big Wave Surfer, DJ, actress and Advocate Keala Kennelly has had him circumnavigating the globe in search of stories. Some have fueled his Extreme Poly-Athlete lifestyle including, Helicopter Skiing in Alaska, to the world's cleanest consistent waves In Indonesia, and flying Smirnoff MIGs. Horses, surf, skate, snow or riding he is Mr. Myles is happy sharing his extreme lifestyle and adventures with family and friends.

Mr. Myles was educated at the University of Miami, Florida., “The U”, and is a member of the University's Lambda Chi Alpha (ΛΧΑ) Fraternity.

ALL MEDIA INQUIRIES SEND TO: